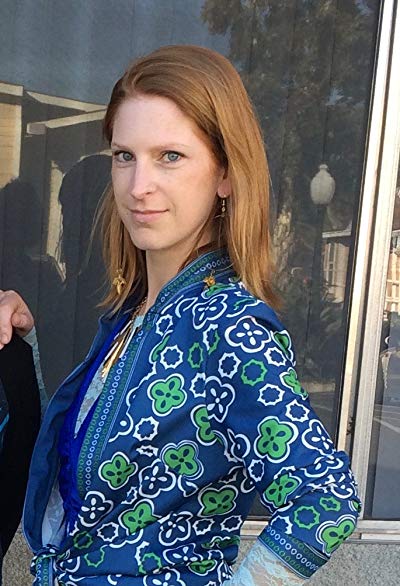 “In preschool, I borrowed a pair of my mom’s knee-highs and wore them to school. By the end of the week, all the other girls were wearing their mother’s knee-highs. In high school I proudly wore combat boots with my cheerleading uniform. In college, while all the other girls shopped the malls, I shopped the fabric and thrift stores so I could make one-of-a-kind clothes for myself. When I discovered that my love for creative design and clothing could be incorporated into a career, my life changed.”

This life change brought Kathryn Langston Orindgreff to Los Angeles to pursue a career in costume design for film and television. Kat started her career as a member of Motion Picture Costumers 705. Kat worked on the 24th Century FOX show ‘24’ for 3 seasons. She also styled and designed three world tours for award winning musical artists Christina Aguilera and Anastasia. During hiatus from ‘24’ and touring, Kat worked as the assistant costume designer for Opryland’s General Jackson in Nashville and the Alabama Theater in Myrtle Beach.

In 2007, Kat joined Costume Designers Guild 892 and started her career as a Costume Designer for film and television. Since then, she has designed all genres of film and television. Kat Orindgreff designed all 100 episodes of FREEFORM’s hit multi-camera comedy “Baby Daddy”. She designed the cult classic costumes for “Trailer Park of Terror” and has stepped into the art world with an immersive exhibit at the MoPop museum in Seattle with “Death Planet Rescue”. Most recently Kat designed Season 2 of Hulu’s hit comedy “Future Man”.

Kat continues to pursue projects that inspire and challenge her. As said best by Kat herself, “With every project I design, I find a little bit of the preschooler, the cheerleader, and the dreamer inside.”